The judge presiding over the Kyle Rittenhouse trial said Friday he may allow the jury to consider several lesser charges in addition to the murder charges that prosecutors brought against him. 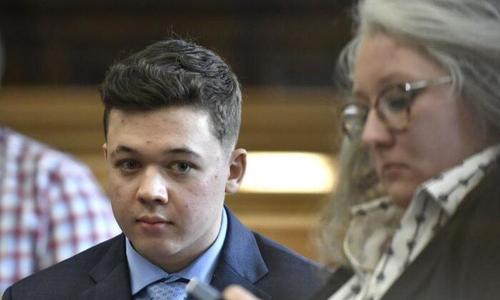 Judge Bruce Schroeder said he would issue his final ruling on Saturday, but he also made some findings from the bench and indicated how he was inclined to rule on others.

At one point, he told Rittenhouse that with the lesser charges, “You’re raising the risk of conviction, although you’re avoiding the possibility that the jury will end up compromising on the more serious crime.”

“You’re also decreasing the risk that you’ll end up with a second trial because the jury is unable to agree,” Schroeder said. Rittenhouse confirmed that he understood.

Rittenhouse, 18, is charged in the killing of Joseph Rosenbaum, 36, and Anthony Huber, 26, and injuring Gaige Grosskreutz, 27, in Kenosha on Aug. 25, 2020, during riots, protests, and arsons. Rittenhouse has pleaded not guilty.

On Thursday, prosecutors said in court that they plan to ask the judge to allow the jury to consider lesser versions of two of those charges, including those related to the shootings of Grosskreutz and Huber. The lesser charges could include reckless homicide or second-degree rather than first-degree murder.

Unlike the higher charges, second-degree reckless homicide does not require proof that the teen exhibited an “utter disregard” for life. 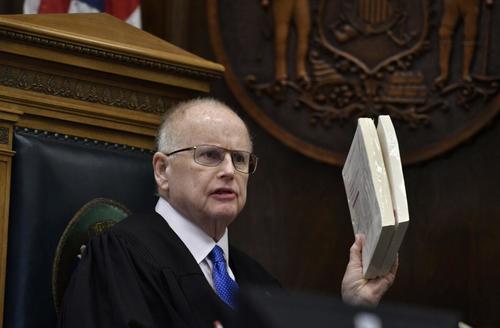 According to video footage of the incident, both Huber and Grosskreutz ran after Rittenhouse as he was trying to run toward police after shooting Rosenbaum. Several videos and photos also show Huber hitting Rittenhouse with a skateboard, while Grosskreutz, who himself was armed with a handgun, testified earlier this week that he thought Huber was attempting to attack Rittenhouse.

A Daily Caller cameraman, Richie McGinnis, testified that Rosenbaum was reaching to grab Rittenhouse’s gun when he was shot. Another journalist on the scene who recorded footage, Drew Hernandez, said Thursday that Rosenbaum charged Rittenhouse from behind before the shooting occurred.

“The first thing I did identify was that Rosenbaum was charging Kyle Rittenhouse from behind. And as he’s charging him into the Car Source parking lot, a firearm goes off,” Hernandez said.

But the judge said he would not allow the jury to consider a lesser charge in the shooting death of Joseph Rosenbaum, the other man Rittenhouse is charged with killing last year.

Kenosha County Judge Bruce Schroeder stated that closing arguments in the trial would start on Monday, with the prosecution and defense each having about 2 and a half hours to address the jury.

“I think the request for lesser included charges reflects an acknowledgment that their case might not be as strong with regard to the original charges and that at this point, they’re willing to give up the prospect of life imprisonment for the defendant in exchange for obtaining convictions on something,” Julius Kim, a Wisconsin-based defense attorney not involved in the case, told NPR.

Reuters contributed to this report.