The Democrats’ “Inflation Reduction Act” – which according to the Congressional Budget Office will raise taxes on the middle class to the tune of $20 billion – not to mention unleash an army of IRS agents on working class Americans over the next decade, was made possible by Bill Gates and (in smaller part) Larry Summers, who have been known to hang out together.

The bill, of course, was signed yesterday.

In a Tuesday Bloomberg article that reads more like a newsletter for the Gates fan club, the billionaire Microsoft co-founder recalls how earlier this year, as moderate Democratic Senators Joe Manchin and Kyrsten Sinema continued to block the tax-and-spend legislation over concerns that it would raise taxes on the middle class (it will), Gates says he tapped into a relationship with Manchin that he’d been cultivating since at least 2019.

Gates was banking on more than just his trademark optimism about addressing climate change and other seemingly intractable problems that have been his focus since stepping down as Microsoft’s chief executive two decades ago. As he revealed to Bloomberg Green, he has quietly lobbied Manchin and other senators, starting before President Joe Biden had won the White House, in anticipation of a rare moment in which heavy federal spending might be secured for the clean-energy transition.

Those discussions gave him reason to believe the senator from West Virginia would come through for the climate — and he was willing to continue pressing the case himself until the very end. “The last month people felt like, OK, we tried, we’re done, it failed,” Gates said. “I believed it was a unique opportunity.” So he tapped into a relationship with Manchin that he’d cultivated for at least three years. “We were able to talk even at a time when he felt people weren’t listening.” -Bloomberg

We know, gag us with a spoon.

Apparently Gates and Manchin’s bromance began when the billionaire wooed the West Virgina Senator at a 2019 meal in Seattle, in an effort to garner support for clean-energy policy. Manchin at the time was the senior-most Democrat on the energy committee.

“My dialogue with Joe has been going on for quite a while,” said Gates. 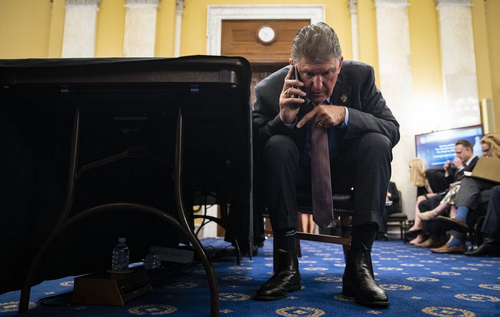 After Manchin walked (again) on the bill last Decemberover concerns that it would exacerbate the national debt, inflation, the pandemic, and amid geopolitical uncertainty with Russia, Gates jumped into action. A few weeks later, he met with Manchin and his wife, Gayle Conelly Manchin, at a DC restaurant, where they talked about what West Virginia needed. Manchin understandably wanted to preserve jobs at the center of the US coal industry, while Gates suggested that coal plant workers could simply swap over to nuclear plants – such as those from Gates’ TerraPower.

In an effort to convince him otherwise, Democrats pulled together a cadre of economists and other Manchin influencers – including former Treasury Secretary Lawrence Summers, who convinced Manchin that the bill wouldn’t raise taxes on the middle class, or add to the deficit.

Collin O’Mara, chief executive officer of the National Wildlife Federation, recruited economists to assuage Manchin’s concerns — including representatives from the University of Chicago and the Wharton School of the University of Pennsylvania. Senator Chris Coons of Delaware brought in a heavyweight: former Treasury Secretary Lawrence Summers, who has spent decades advising Democrats.

The economists were able to “send this signal that [the bill’s] going to help with the deficit,” O’Mara said. “It’s going to be slightly deflationary and it’s going to spur growth and investment in all these areas.” Through this subtle alchemy, clean-energy investments could be reframed for Manchin as a hedge against future spikes in oil and gas prices and a way to potentially export more energy to Europe. -Bloomberg

Gates also sprang into action again on July 7, when Manchin was spotted at the Sun Valley media conference in Idaho – which Gates also attended. 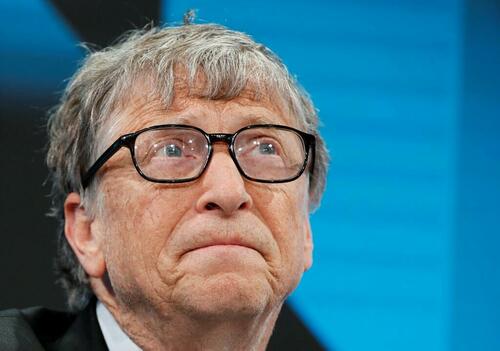 “We had a talk about what was missing, what needed to be done,” Gates said. “And then after that it was a lot of phone calls.”

Gates looks back at the new law with satisfaction. He achieved what he set out to do. “I will say that it’s one of the happier moments of my climate work,” Gates said. “I have two things that excite me about climate work. One is when policy gets done well, and this is by far the biggest moment like that.” His other pleasure comes from interviewing people at climate and clean-tech startups: “I hear about this amazing new way to make steel, cement and chemicals.” -Bloomberg