Democratic impeachment managers are now dissecting Trump’s tweets to prove he ‘incited’ the Jan. 6 Capitol Hill riot – one of which features the former President says “And we fight. We fight like hell.”

Donald Trump told his mob to 'fight like hell' on January 6th. And the mob brought hell to the US Capitol.

His incitement of insurrection against the United States government is the most grievous constitutional crime ever committed by a President. He must be held accountable. pic.twitter.com/V9YUa2BlXh

Democrats in 2021: “We must convict President Trump because he told his supporters to ‘fight’ for their beliefs.”

Can’t have it both ways!pic.twitter.com/9kcFF5jjGk

Senator Merkley even incited violence weeks after the election pic.twitter.com/CrblLOjpsO

Here is how Nancy Pelosi responded when asked if the rhetoric of Democrats led to the Steve Scalise shooting pic.twitter.com/MDBCXAtFNd

Will Rep. Raskin admit that he was inciting violence with this tweet? https://t.co/5yBVGygSNi

The second day of the impeachment trial of former President Donald Trump kicks off at Noon ET on Wednesday, when Democratic impeachment managers will present opening arguments in a case which has virtually no chance of succeeding based on Tuesday’s 56-44 vote to proceed during which just six Senate Republicans crossed party lines too join all of the Democrats.

Republicans who voted to proceed are: Sens. Pat Toomey of Pennsylvania; Lisa Murkowski of Alaska; Mitt Romney of Utah; Ben Sasse of Nebraska; Susan Collins of Maine; and Bill Cassidy of Louisiana. 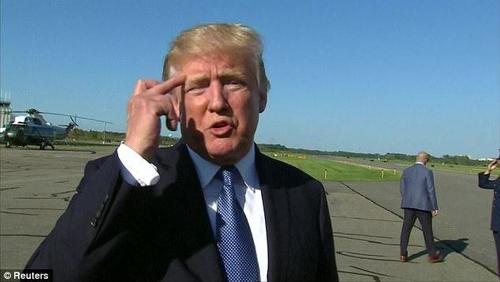 At least 17 GOP Senators would be required to break ranks to convict Trump of inciting the Jan. 6 Capitol riot, making the entire endeavor little more than political theater.

The Democrats will have 16 hours over two days to make presentations, after which Trump’s legal team will have the same amount of time, according to NBC News.

When opening arguments are done, senators will be able to question the two sides for a total of four hours by submitting written questions to Sen. Patrick Leahy, D-Vt., the Senate president pro tempore, who is presiding over trial and who will read them aloud.

Wednesday’s proceedings follow a riveting first day of the trial that started with a chilling 13-minute video montage of the devastating events of the riot at the U.S. Capitol on Jan. 6 and ended with a vote declaring trying a former president is constitutional and allowing it to continue. –NBC News

On Tuesday, Trump’s defense kicked off with an unimpressive presentation from attorney Bruce Castor, who spent much of his time not arguing the unconstitutionality of impeaching a former president – a performance which NBC News left Trump “extremely displeased about his legal team’s first showing at the trial,” according to not one, not two, but three ‘sources familiar with his thinking.’

Trump was impeached in the House on Jan. 13 for “incitement of insurrection” before the events of Jan. 6, when he encouraged his followers to protest against the results of the 2020 election.

In short, if you want to watch Democrats play videos of the Capitol riot and opine on Trump’s evils, tune in for the next two days.