A Republican congressman is predicting “bloodshed” if elections in America continue to be “rigged.”

The sanguine warning comes from U.S. Rep. Madison Cawthorn of North Carolina, who was addressing a crowd Sunday night.

“The things that we are wanting to fight for, it doesn’t matter if our votes don’t count,” he said, according to a now-restricted Facebook livestream and videos tweeted by a Democratic congressional staffer.

“Because, you know, if our election systems continue to be rigged and continue to be stolen, then it’s going to lead to one place – and it’s bloodshed.”

“I will tell you, as much as I’m willing to defend liberty at all costs, there is nothing that I would dread doing more than having to pick up arms against a fellow American,” Cawthorn said.

“And the way that we can have recourse against that is if we all passionately demand that we have election security in all 50 states.”

Cawthorn spokesman Luke Ball issued a statement indicating the congressman was “in no way supporting or advocating for any form of violence.”

“In his comments, Congressman Cawthorn is CLEARLY advocating for violence not to occur over election integrity questions,” Ball said.

“He fears others would erroneously choose that route and strongly states that election integrity issues should be resolved peacefully and never through violence.” 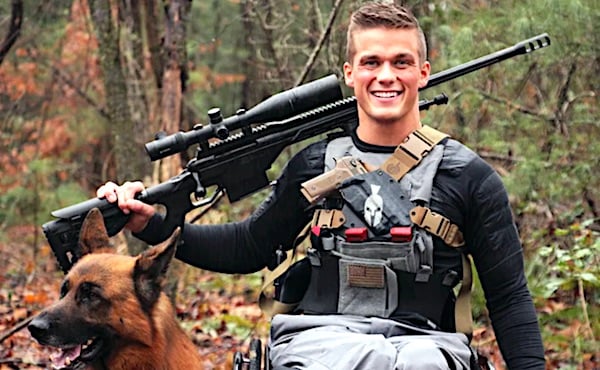 “He raised objections to electors from several states in January because he had severe concerns about how the elections were conducted and how laws were changed last-minute to favor Democrats.”

Cawthorn has been a vocal critic of President Joe Biden, and on Sunday said he’d boot him from the White House.

“I will remove Joe Biden from office, and then, when Kamala Harris inevitably screws up, we will take them down, one at a time,” he said.

Cawthorn called the Jan. 6 rioters at the U.S. Capitol “political prisoners” and “political hostages,” and when he was asked when he was “going to call us to Washington again,” he said: “We are actively working on that one.”

At Macon County GOP event yesterday, Madison Cawthorn called January 6 rioters “political hostages,” and spoke of trying to “bust them out.” Then-
Attendee: “When are you gonna call us to Washington again?"
Cawthorn: “We are actively working on that one.”pic.twitter.com/hN96kswnNt

“I don’t have an answer to that one right yet. But we are actively working on this. We have a few plans in motion that I can’t make public right now.”