While the Biden administration spent the first half of the year robotically blaming the “Putin price hike” for scorching inflation (most of which happened before Russia invaded Ukraine), the president’s social media team (of 70 people) managed to fire off an even more insulting tweet than their ‘16 cents‘ 4th of July debacle from last year. 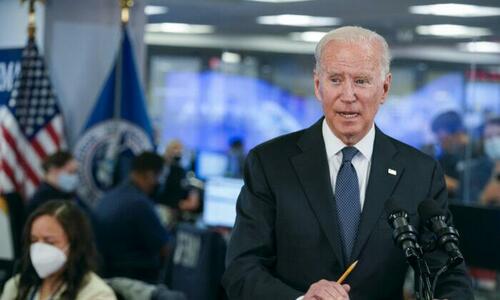 On Monday, Biden’s @POTUS account fired off a tweet that would be hilarious if it weren’t so insulting to Americans forking over $5,000 more per year (on average) – which claims that “At current prices, the average driver will spend $35 less per month for one peson,” or “$70 less per month for a family with two cars.” 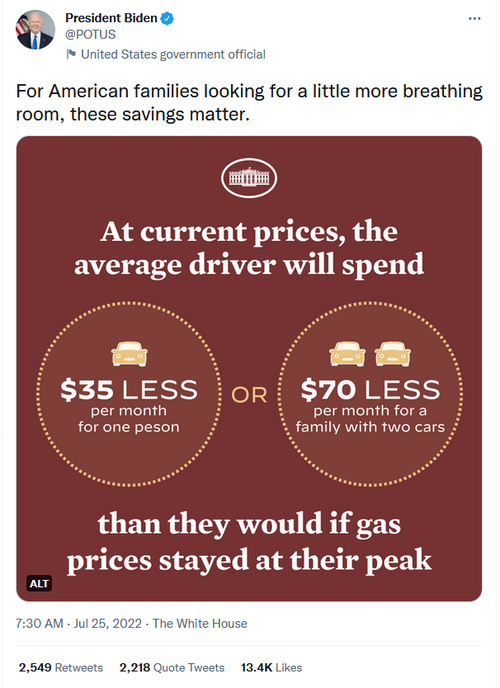 We aren’t quite sure what a ‘peson’ is, but again, Biden has 70 morons on his social media team – none of whom caught the typo, or you know, thought it would be a bad idea to brag about gas prices that are still astronomically higher than they were when Biden was elected.

The price of a gallon of regular gas is down 66c from the highs in mid-June. According to The White House, this equates to a saving of $35 per month for the average driver in America.

According to The White House math, that equates to a $423 loss per month for the average American… 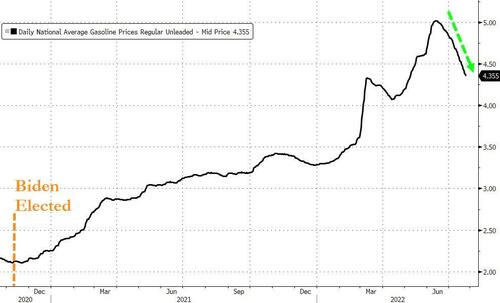 Enjoy enough money to buy a bag of lentils, peasant.