Below is my column in The Hill on the news that Donald Trump will not be charged with campaign finance violations linked to payments made to Stormy Daniels.

The report (and the start of the Senate trial) raise another question as to why Trump has not been interviewed, let alone charged, with the crime of incitement. Various members and legal experts have claimed that the case for prosecution is clear on its face.

The crime occurred in public over a month ago, but there is no indication of a move to prosecute. Why? It is presumably not because prosecutors feel it would be too easy.

Here is the column:

Donald Trump may be the most convicted man never charged in America. 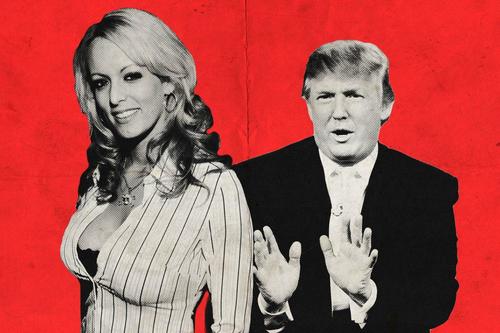 According to media reports, the Justice Department has decided not to charge Trump with campaign finance violations related to hush money paid to former stripper Stormy Daniels. What was touted by many experts as a slam-dunk criminal charge has now joined a long list of alleged crimes that once were nightly cable-news sensations.

The disconnect between legal analysis and legal reality matters little in today’s media. Many of the same experts now trumpet the charge of criminal incitement in the Jan. 6 Capitol riot. In their minds — unsurprisingly — it is another open-and-shut case. For four years, they have supplied a stream of allegations, all described as conclusive, to feed readers’ and viewers’ insatiable appetites. The campaign finance charge actually was one of the more credible claims, since former Trump lawyer Michael Cohen pleaded guilty to it. However, such crimes are notoriously difficult to litigate, as shown by the failed 2012 prosecution of former presidential candidate John Edwards.

Many of these alleged criminal acts were presented as reassuringly simple and straightforward. Former prosecutor and Washington Post columnist Randall D. Eliason insisted Trump committed bribery in the Ukraine scandal since “allegations of a wrongful quid pro quo are really just another way of saying that there was a bribe … it’s bribery if a quid pro quo is sought with corrupt intent, if the president is not pursuing legitimate U.S. policy but instead is wrongfully demanding actions by Ukraine that would benefit him personally.” It did not matter that the Supreme Court has roundly rejected such sweeping interpretations of bribery, extortion and related political corruption. Others claimed Trump committed “felony bribery” by fundraising for Republican senators when he was about to be impeached.

Former CNN legal analyst and former House impeachment counsel Norm Eisen claimed that, by not responding to Russian aggression, Trump was “colluding in plain sight” and the criminal case against him for obstruction of justice was “devastating.” That was in 2018.

Now, experts claim Trump’s Jan. 6 speech clearly was criminal incitement. Said CNN legal analyst Elie Honig: “As a prosecutor I’d gladly show a jury Trump’s own inflammatory statements and argue they cross the line to criminality.” Richard Ashby Wilson, associate law school dean at the University of Connecticut, said “Trump crossed the Rubicon and incited a mob to attack the U.S. Capitol as Congress was in the process of tallying the Electoral College vote results. He should be criminally indicted for inciting insurrection against our democracy.”

Many were quick to repeat their certainty of yet another criminal act. Tribe declared: “This guy was inciting not just imminent lawless action, but the violent decapitation of a coordinate branch of the government, preventing this peaceful transition of power and putting a violent mob into the Capitol while he cheered them on.” Bolstering such claims, District of Columbia Attorney General Karl Racine said he was investigating Trump for a possible incitement charge.

What’s strange is that there’s no word of an interview, let alone a charge, on a purportedly clear crime committed more than a month ago. One possible reason is that it would collapse in court. It is much easier to claim easy prosecutions than to prosecute such made-for-TV charges. I do not fault experts for speculating about such a case — but many are claiming, again, that prosecution would be relatively easy. That simply is not true.

The problem is free speech. Trump’s Jan. 6 speech would not satisfy the test in Brandenburg v. Ohio, where the Supreme Court said even “advocacy of the use of force or of law violation” is protected unless it is imminent. Trump did not call for the use of force but actually told people to protest “peacefully” and to “cheer on” their allies in Congress. He later — and too belatedly — repeated that after violence erupted, telling his supporters to respect and obey the Capitol Police.

Racine showed how disconnected these theories are from case law. He noted that Trump failed to “calm them down or at least emphasize the peaceful nature of what protests need to be.” Setting aside that Trump did tell them to protest peacefully, his failure to calm down a crowd is not criminal incitement by omission.

Trump does face ongoing liability — largely the same threats that existed before he became president, in the form of bank, tax and business investigations. But the litany of crimes breathlessly suggested over the last four years passed without charges. Nevertheless, experts have lined up to argue now that there are no free-speech or legal barriers to prosecuting Trump for incitement.

There is now a difference, however: There’s no longer an excuse that Trump cannot be indicted in office (which I do not believe is true), or that he would just pardon himself (which he didn’t do despite predictions he would). What was conveniently hypothetical can be an actual prosecution today. If criminal incitement is such a strong case, make it — charge him. Of course, such prosecutions could come at a cost. Unless there is evidence of direct intent, Trump is likely to prevail at trial or on appeal. He then could claim not just vindication on a federal charge but also on his second impeachment.

There is no crime of incitement for legal analysts who exaggerate or oversimplify criminal provisions; the public can be whipped into a frenzy with claims of easy prosecutions or slam-dunk charges. Many people are addicted to rage and these claims, even if illusory, feed that addiction. It is all entertainment until someone actually tries to bring a prosecution — and that is when reality sets in.