Looks like Merck just beat Pfizer to the punch.

Merck announced Friday that an experimental COVID pill it has developed reduced hospitalizations and deaths by 50% in people recently infected with COVID.

The company will soon ask health officials in the US and abroad to authorize use of the drug.

The news came as a welcome surprise to the public, although COVID cases are already waning in the US and in hard-hit economies in Asia, the drug could create “a real therapeutic advance” that could dramatically decrease the risk of death from COVID. 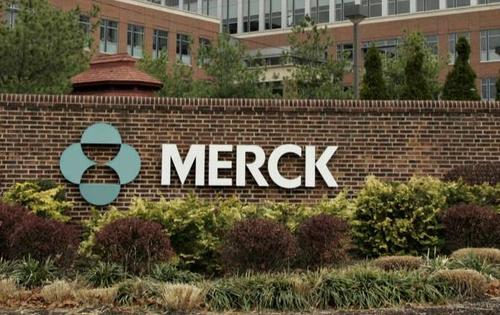 If approved (and odds are it will be) the drug would be the first treatment for COVID. Some compared it to tamiflu, in that patients should take it within 5 days of COVID infection (like those infected with the flu are instructed to take tamiflu early).

Former FDA Director Dr. Scott Gottlieb told CNBC that the trial results are clearly “profoundly” positive, even though researchers decided to stop the trial early because the drug showed significant success, meaning it would be unethical to keep giving patients placebos. To test the drug, they needed to test more than 700 unvaccinated people in a global study. The people were all considered in the “high risk” category due to factors like age, and other characteristics from their “health profile”.

Per the results, 7% of volunteers in the group that received the drug were hospitalized, and none of them died, compared with a 14% rate of hospitalization and death (include eight who died) in the placebo group.

According to Dr. Gottlieb, “this is a phenomenal result. This is a profound game-changer that we have an oral pill that had this kind of effect on patients who are already symptomatic.”

Dr. Gottlieb also pointed out that the team that developed the drug “also invented the first successful antibody against ebola so this is a very good drug-development team.”

“And remember we have two other drugs in development one by Pfizer (where Dr. Gottlieb serves on the board) and the other by Roches,” he said.

"This is a phenomenal result. This is a profound game-changer to have an oral pill that had this kind of effect, this magnitude of effect in patients who are at high-risk who are already symptomatic," says @ScottGottliebMD on news of $MRK's #covid19 antiviral study result. pic.twitter.com/2cfI3BFQUd

Per the NYT, “the Merck pill’s efficacy was lower than that of monoclonal antibody treatments, which mimic antibodies that the immune system generates naturally when fighting the virus. Those drugs have been in high demand recently, but they are expensive, are typically given intravenously, and have proved cumbersome and labor-intensive for hospitals and clinics to administer. Studies have shown that they reduce hospitalizations and deaths 70 to 85 percent in similar high-risk Covid patients.”

The Merck drug is significantly chemically different from the Pfizer drug that’s in its final round of studies, which means there’s the possibility of creating a cocktail of anti-viral treatments for COVID. Merck has said it can produce 10MM pills by the end of this year, and Dr. Gottlieb said he expects they’ll ramp up production quickly by partnering with other companies.

Merck partnered with a small firm called Ridgeback Biotherapeutics to develop the drug, which is called Molnupiravir. While the study results haven’t yet been peer reviewed, at least one independent group of medical experts have given the research their blessing.

“This is a milestone in the fight against COVID,” Dr. Gottlieb said.

So, is the prospect of a return to “normality” really on the table? I suppose we’re about to find out.