Billionaire hedge fund manager Bill Ackman is likely about to become the new poster-boy for white-supremacy, assigned to the junk heap of ‘wrong’ right-ward-thinking racists as he dares to suggest that Kyle Rittenhouse is an innocent “patriot” and may not be the nazi mass-murderer that the media has constantly defined him as for months. (sarcasm off). 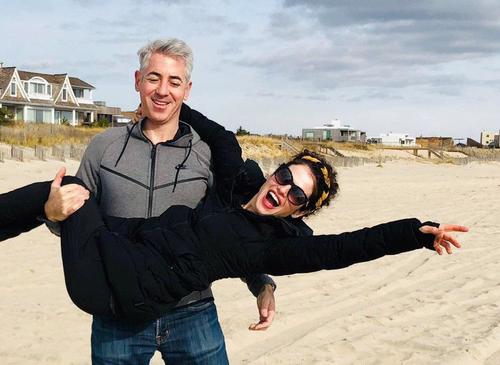 In a well reasoned Twitter thread this evening, Ackman details his thoughts about the Rittenhouse trial, starting with a shocker for many…

“Last night, Neri [Ackman’s wife] and I watched several hours of .#Kylerittenhouse direct testimony and cross examination. We came away believing that #Kyle is telling the truth and that he acted in self defense…“

Last night, Neri and I watched several hours of .#Kylerittenhouse direct testimony and cross examination. We came away believing that #Kyle is telling the truth and that he acted in self defense. We found him to be a civic-minded patriot with a history of

We found him to be a civic-minded patriot with a history of helping his community as an EMT and fireman in training, in his removing hate graffiti earlier that day from a local school, and ultimately in volunteering to protect a business during the night of August 25th in Kenosha.

Our first hand impressions of Kyle were materially different from those we had previously formed based on media reports and opinion pieces that we had consumed.

I have always been frustrated to read an inaccurate press report about a subject I know well, yet somehow I continue to believe other articles in the same newspaper about subjects I know less well.

Media and political bias are dividing our country and destroying lives.

While we have not heard the entire trial, based on our assessment of Kyle on the stand, we believe that he will be found innocent by the jury.

Often times, communities react negatively and even violently after a jury verdict where they are surprised by the outcome based on what they have previously read in the newspaper, seen on TV or more likely been served on social media.

I encourage you to watch the trial, or at a minimum his testimony and cross examination, before you form a view of his guilt or innocence.

With respect to my own political bias, I am not a gun owner, nor a member of the NRA.

On balance, I support stronger gun regulations and removing loopholes in the sale of guns.

Unfortunately it seems that society’s view of #kyle ‘s innocence depends more on one’s views about gun control rather than on what actually took place last August.

Kyle Rittenhouse’s life is at risk. Justice demands a fair trial. Society would benefit greatly if politics did not enter the court room and convict innocent people.

And that is where one might naturally end the conversation. A rational-thinking intelligent person laying out his own views on what he and his wife believe.

However, Ackman tweeted one more tweet, which sums up everything about the global groupthink that dominates media…

“Just got a call from the media asking if my Twitter account was hacked. That is, the reporter couldn’t conceive of the idea that I could believe that Kyle is innocent because I am not a right winger. Crazy. “