As the FDA prepares to approve Pfizer’s new pill for treating high-risk patients infected with COVID, more information about dangerous side effects tied to its vaccine are coming to light.

Just yesterday, we reported another death tied to the vaccine in New Zealand. Now, documents released by the FDA reveal that drugmaker Pfizer recorded nearly 160K adverse reactions to its COVID vaccine in the initial months of its rollout. 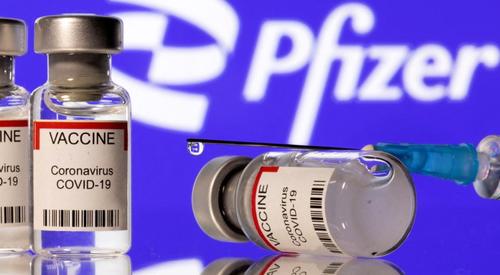 The data were obtained by a group of doctors, professors, and journalists calling themselves Public Health and Medical Professionals for Transparency. They filed a Freedom of Information Act request with the FDA asking for their release. And the first tranche of documents revealed that, as of February 2021, when Pfizer’s shot was being rolled out worldwide on an emergency basis, the drugmaker had compiled more than 42K case reports detailing nearly 160K individual adverse reactions to the vaccine.

The data show the bulk of the adverse event cases, both serious and non-serious, were classified as “general disorders”. 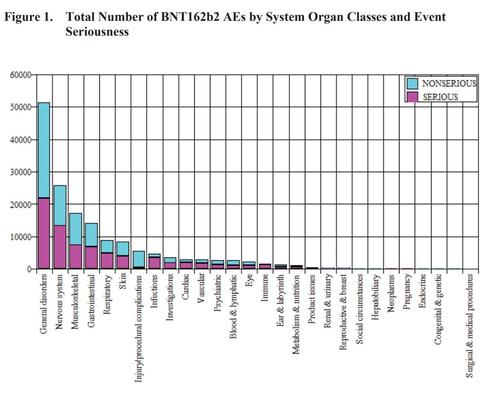 Among the more common conditions reported were fevers (pyrexia), fatigue, and diarrhea, among others.

But perhaps the most surprising number in the entire report is that more than 1K of these cases were fatal in the US. All told, more than 3K deaths have been linked to the vaccine, something that’s in line with the company’s own data. Critics have argued that some of the deaths can’t be conclusively linked to the vaccine, but others have instead insisted that the number of deaths might still be underreported.

Keep in mind, these data were used by the FDA to declare the Pfizer jab safe, which it did for Americans aged 16 and older in August. It has since been approved for children as young as five, along with booster doses for people aged 16 and up as of last week.

Readers can find the complete breakdown of data from Public Health and Medical Professionals For Transparency below: