As legacy media continues to distance itself from the Biden administration amid dismal approval ratings (and dismal viewership), MSNBC‘s Chuck Todd delivered perhaps the harshest indictment of a president his network has spent the last three years breathlessly fluffing. 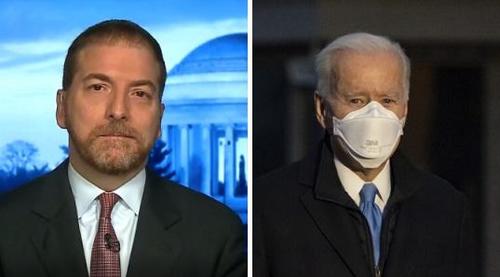 In light of the press’s previously ‘complicit’ relationship with the Biden White House, Todd’s monologue was blistering to say the least.

“For President Biden, the plan was that Covid would be defeated, the economy would fully recover and he would be able to deliver a return to normalcy. But plans have a way of going sideways. A year into Mr. Biden’s presidency, unemployment is down and wages are up, but inflation is also up to a 40-year high. Infrastructure and Covid relief bills were passed, but Build Back Better is stuck in neutral. And most important, though vaccines are available and effective, Delta and Omicron have dealt a one-two punch to the economy, the supply chain and that promised return to normalcy…

…And on Thursday the Supreme Court blocked Mr. Biden’s “vaccine or test” mandate for large businesses, perhaps taking away the last effective tool in his Covid toolbox. That same day Mr. Biden’s last-minute push for voting rights bills was dealt a likely fatal blow. Democratic Senator Kyrsten Sinema said again what she’s been saying for months. She is opposed to changing the filibuster to pass the legislation. So, now what? All of this came just as the president was heading, by the way, to Capitol Hill to lobby fellow Democrats to change the Senate rules. So it was quite the exclamation point on a terrible week.“

Every new administration enters office with an agenda of optimism.

For President Biden, the plan was that Covid would be defeated, the economy would fully recover and he would deliver a return to normalcy.

But plans have a way of going sideways. pic.twitter.com/ojXCVrNujv

Todd’s comments are the latest in a slew of leftist media outlets jumping ship on the Biden administration.

By casting his adversaries as enemies, undermining the efficacy of elections, seeking to give the federal gov’t more control over state elections, & pressuring his party to do away with the filibuster, Biden is following in the well-worn path of Trump. https://t.co/HUgHBU3lKE 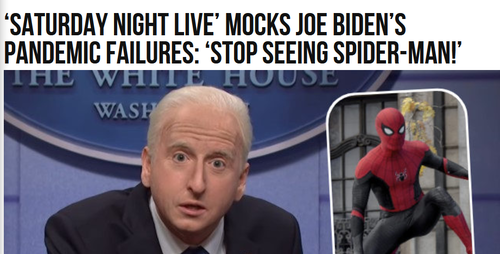 And then there’s this…

Once again when confronted with the abysmal response to covid (among other things), Psaki tries to be a sarcastic ass rather than show openness to change. She jokes that wanting better is “bunny rabbits and ice cream”.

Thousands of deaths is not a joke.
pic.twitter.com/ti2xHgYnUi

Maybe Kamala can rearrange the deck chairs on the Titanic?