Now a second Democratic senator has threatened the U.S. Supreme Court if its justices don’t vote the way he wants on abortion.

Previously during President’s Trump term in office, Sen. Chuck Schumer, D-N.Y., infamously shouted his threat to Justices Brett Kavanaugh and Neil Gorsuch during a pro-abortion protest in which he participated at the court.

“I want to tell you Gorsuch! And I want to tell you Kavanaugh! You have released the whirlwind, and you will pay the price! You won’t know what hit you if you go forward with these awful decisions,” Schumer said, earning a rebuke from Chief Justice John Roberts, who warned, “Justices know that criticism comes with the territory, but threatening statements of this sort from the highest levels of government are not only inappropriate, they are dangerous.”

Now it is Sen. Richard Blumenthal, D-Conn., who told The Hill that if the justices do not vote the way he wants on abortion:

“It will inevitably fuel and drive an effort to expand the Supreme Court if this activist majority betrays fundamental constitutional principles. It’s already driving that movement. Chipping away at Roe v. Wade will precipitate a seismic movement to reform the Supreme Court. It may not be expanding the Supreme Court, it may be making changes to its jurisdiction, or requiring a certain numbers of votes to strike down certain past precedents.” 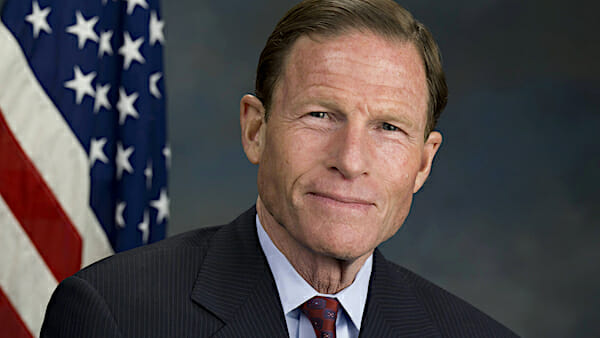 The problem is that while pro-abortion activists have held the majority on the Supreme Court for decades, President Trump appointed Kavanaugh, Gorsuch and Amy Coney Barrett, all of whom are considered to be much more conservative than the likes of the late Ruth Ginsburg and more open to addressing the failings of the court’s 1973 Roe v. Wade, which created the “right” to abortion nationwide.

At the time, even its author admitted that should the “personhood” of the unborn be documented medically, the case for abortion would collapse completely.

And in fact, the court has agreed to consider one case that could alter the outlines of Roe’s precedents now.

Longtime liberal and constitutional expert Jonathan Turley warned of the consequences of such threats.

“I have previously criticized Sen. Richard Blumenthal, D-Conn., for his almost unrivaled advocacy of censorship and speech controls. Blumenthal previously threatened social media companies not to ‘backslide’ in censoring opposing views. Now, Blumenthal is taking up the cudgel of court packing with not so subtle threats to conservative justices that, if they do not vote with their liberal colleagues, the court may be fundamentally altered. He is not alone in such reckless and coercive rhetoric.”

Turley noted, “Democratic leaders not only have embraced court packing but now openly threaten the court to vote with the liberal justices or face dire consequences for the court. …The Democrats are pushing to engage in court packing despite polls showing heavy opposition to the move from voters as well as opposition from the justices themselves.”

He continued, “It is particularly chilling to see United States senators openly pressuring justices to vote with their side or face severe consequences. Blumenthal went as far as to mention specific cases and the expected rulings. This follows raw demands in the confirmation hearing of now Justice Amy Coney Barrett that she promise to rule on particular cases ‘correctly’ as a condition for her confirmation,” he said.

But he warned that the Democrats could be “overplaying their hand.”

He pointed out recent campaigns to have Justice Stephen Breyer, a liberal who has voted for abortion many times, retire, and allow the leftists in the White House and Senate replace him with another leftist.

“The question is whether Breyer will accommodate such demands from the left or feel conversely that he should remain on the bench to show that such tactics do not influence members,” Turley noted. “These not-so-veiled threats could have the same inverse impact on members like Chief Justice John Roberts, who could view the attempt to influence the justices as a far greater threat than any court-packing scheme.”

See Schumer’s threat, starting about 2:13:25 ion this video from a pro-abortion group: