California regulators are eyeing sharp reductions in subsidies for residential solar systems in  what would be the first major reform to a program that helped jump-start the rooftop solar industry, according to Bloomberg. 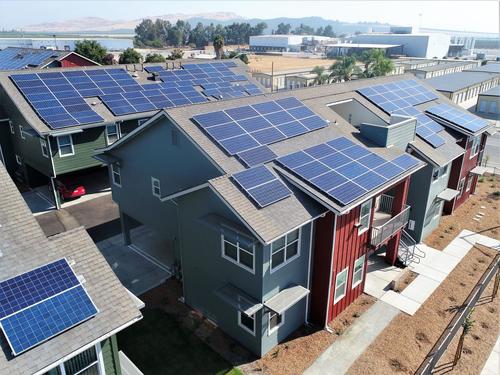 As part of a proposed series of changes issued on Monday by a judge at the California Public Utilities Commission, residential solar customers would receive a much lower credit  for excess energy sent to the grid – with credits ranging from around 30 cents per killowatt-hour, to less than 10 cents depending on time of day.

The proposal would also stick solar owners with nearly $500 per year in grid-connection fees.

The proposed amendments will undoubtedly impact the business of bolting solar panels on roofs across the U.S., an industry valued at more than $13 billion a year. A deep cut to incentives would likely slow installations in the largest solar state and prompt other sunny jurisdictions to follow. The issue has divided solar firms, consumer groups, environmental advocates and utilities.

California’s solar incentive program is known as “net energy metering,” and gives residential solar users a credit on their bill equal to the full retail price per killowatt-hour for excess electricity they send back to the grid. The subsidy helped boost the installation of 1.3 million home solar systems across the state – which is around 45% of the nation’s total installations.

Indeed, a key selling point of solar installations is how many years until the system reaches break-even, when the cost of installation is paid for by the savings. The return on net metering is a key component of this.

Critics of net metering says it allows rich homeowners with solar panels to effectively avoid paying their ‘share’ of the cost of maintaining grid infrastructure.

A study by the University of California, Berkeley earlier this year estimated that in San Diego, where home solar accounts for more than 20% of residential power consumption, customers without solar are paying up to an additional $230 on their utility bills per year.

Households with solar panels tend to be wealthier than those without, according to studies. –Reuters

In Southern California, providers SDG&E and SCE jointly proposed a sharp decrease in solar subsidies, as well as a monthly connection charge approaching $100 – changes the utilities claim are necessary to make sure ‘solar users pay for their fair share of the costs of maintaining and upgrading the power grid.’

“It’s a reverse Robin Hood situation,” said Matthew Freedman, an attorney with California ratepayer advocacy group The Utility Reform Network (TURN), adding “And so we ask ourselves, ‘Should we be providing the largest subsidies to the richest customers in the state?’”

According to the solar industry, such reforms would only hurt California’s ability to fight climate change, and has proposed a gradual reduction in the net metering rate over eight years.

“Solar companies would go out of business in towns all over the state and the market would plummet” if things such as monthly fees are adopted, according to Brad Heavner, policy director for the California Solar & Storage Association.